It’s almost time. We have just over two months until The Big Day arrives. For the last 18 years, I’ve been preparing for this day, and I’m not ready. It’s too soon. It’s too hard. How can it be possible?

My older daughter is going to graduate from high school. 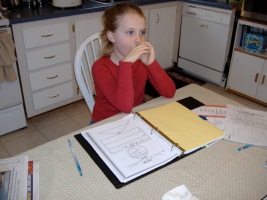 Before our children were born, my husband and I talked about homeschooling them. We wanted the freedom to pick up in the middle of the year and just go somewhere. We wanted to take vacations during the traditional school year and not worry about absences and whether or not teachers would like it. We wanted to be able to pass on our faith to our children effectively, but we couldn’t afford the tuition for Catholic school. And, again, we wanted the freedom to go on trips when other kids were in school. (I’ve learned in the last couple of years that it’s incredibly difficult these days to take your kids out of school for any reason without them accumulating unexcused absences that jeopardize their standing as students. Gone are the days when parents could take a vacation and ask for homework assignments to be done while the students are out of school. It’s as if the schools don’t think our children are really ours.)

My older daughter has had a rough time in high school, not because she’s not understanding the material, but because her ADD caught up with her. I wrote about that here, when we made the difficult decision to get medication for her ADD. We had been working a year ahead of where she would have been in a brick-and-mortar school until high school. For the first three years of high school, she struggled to catch up again. Finally, we made the difficult decision to take that extra year to catch up on her work and take a couple more classes. That was a hard decision to make, but now we are on track for her to graduate at the end of May. This is the first time she’s been on track since high school started, and it feels amazing.

We can we the light at the end of the tunnel, and we’re pretty sure it’s not a train.

My daughter is thrilled, and she is planning on a break from school next year. She’s ready to just get out into the world and not be a student for once. I, on other hand, am not ready for this at all. 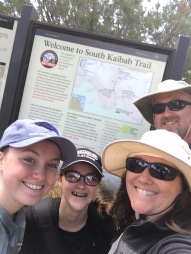 It’s been hard for me to really “get” that she’s growing up. She looks so young, with her sweet freckle-face. It doesn’t help that she has been basically the same height since she was 12. When she talks about moving out someday, I freak out a little. When I think about her going out into the big world, I get choked up and refuse to believe that she’s going to leave home.

Is she ready? Have I done a good job teaching her to be a responsible adult? Is she grounded in her faith enough to withstand the world’s pressures?

I have been praying a lot over the last couple of years that God will help me be ready to let her go. I’ve asked Him to help me let go, to trust that He will watch out for her. It’s so hard, though. I want to help her. I want to protect her. I want to shield her from danger. 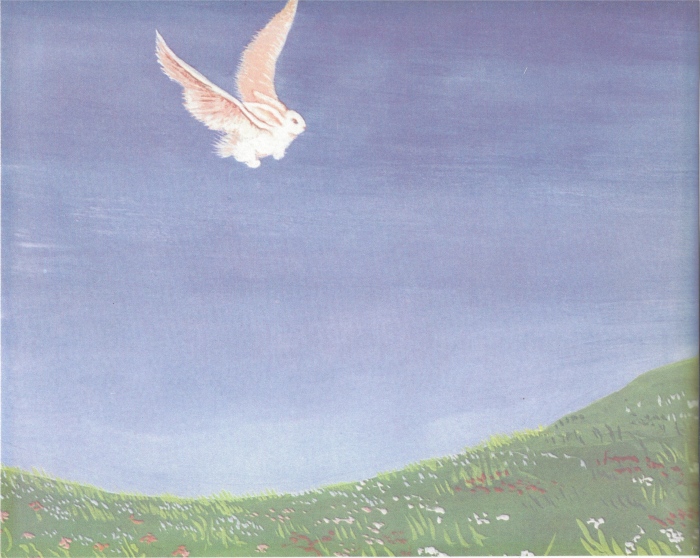 And she wants to fly away from home.

I can’t blame her, though. She’s always been incredibly independent. Ever since she was a baby, she’s wanted to do things for herself. She’s been pulling away for 18 years, and the pull has been stronger these days. It’s not that she wants to get away from her family – what she wants is to spread her wings, to try out the world on her own. She wants to have an adventure.

And as much as I want her to have an adventure, I’m still having a hard time letting go of her. It’s not time – yet. But it will be soon. Probably much sooner than I’m ready for.

I’m just going to have to hang on to Jesus, hang on to Mary, and watch her fly. 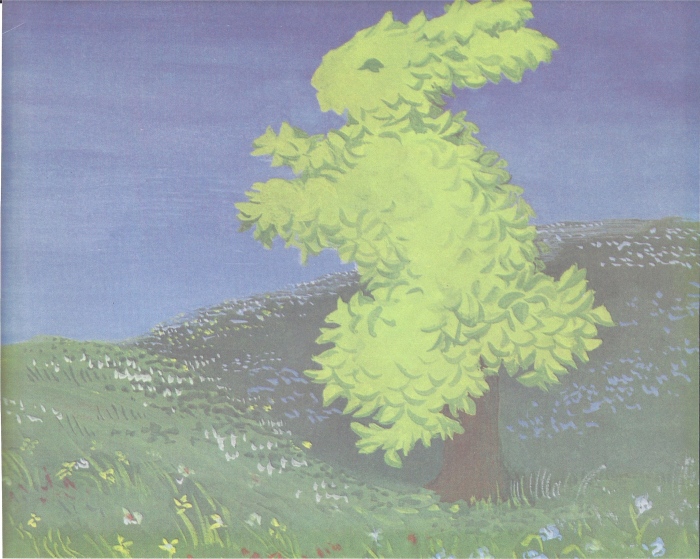 But I’ll be a tree that she can come home to.

images from The Runaway Bunny by Margaret Wise Brown

(I once scanned these to frame and hang in my daughters’ room.)

One thought on ““I will be a bird and fly away from you!””