Mary’s Heart, Pierced by a Sword

26 In the sixth month the angel Gabriel was sent by God to a town in Galilee called Nazareth, 27 to a virgin engaged to a man whose name was Joseph, of the house of David. The virgin’s name was Mary. 28 And he came to her and said, “Greetings, favored one! The Lord is with you.” 29 But she was much perplexed by his words and pondered what sort of greeting this might be. 30 The angel said to her, “Do not be afraid, Mary, for you have found favor with God. 31 And now, you will conceive in your womb and bear a son, and you will name him Jesus. 32 He will be great, and will be called the Son of the Most High, and the Lord God will give to him the throne of his ancestor David. 33 He will reign over the house of Jacob forever, and of his kingdom there will be no end.” 34 Mary said to the angel, “How can this be, since I am a virgin?” 35 The angel said to her, “The Holy Spirit will come upon you, and the power of the Most High will overshadow you; therefore the child to be born will be holy; he will be called Son of God. 36 And now, your relative Elizabeth in her old age has also conceived a son; and this is the sixth month for her who was said to be barren. 37 For nothing will be impossible with God.” 38 Then Mary said, “Here am I, the servant of the Lord; let it be with me according to your word.” Then the angel departed from her.
Read the rest:
Matthew 1:1-18, Luke 1:26-38

Mary was a young girl, a consecrated virgin, when an angel appeared to her and changed her life. In some ways, her life would be the same: she loved God with all of her being and wished nothing more than to do His will. Giving her fiat to the Lord and giving birth to the Christ would not change this part of her life. It would deepen it, but not change it. But what would happen to her as she lived God’s plan for her life was going to change things drastically. Rather than living a quiet life in Nazareth, she would eventually be called to Bethlehem for a census, flee to another country to save the life of her child, raise the Messiah (and lose him for three days!), travel with him for three years as He preached the Kingdom of God, and then watch as He was killed in front of her.

And though she wasn’t completely sure what exactly lay in store for her, she trusted God and said “yes” to Him. She took on the responsibility of raising the Son of God in her home. She watched the Savior of the world grow up! 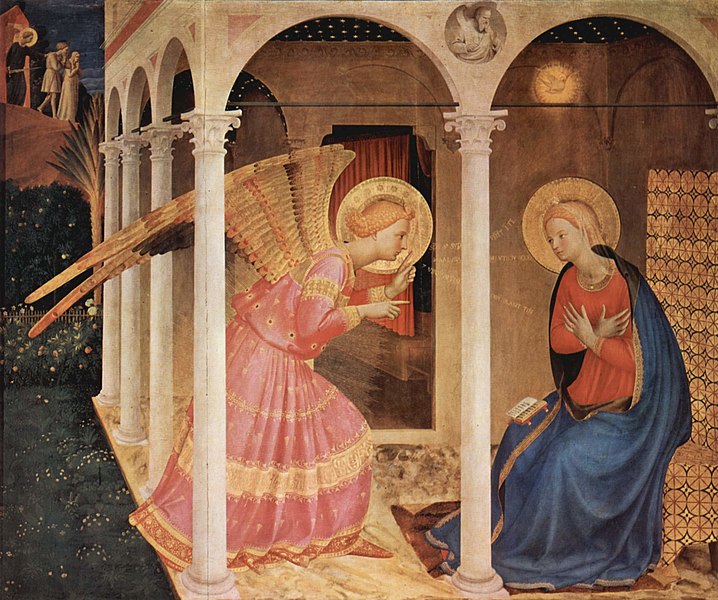 The Annunciation by Fra Angelico

When we say “yes” to God’s plans for us, we don’t know exactly where they will bring us. Maybe we begin by saying yes to a small project that eventually grows and changes into something completely new. Maybe we live a quieter life than we imagined, or a busier one than we dreamed of. Maybe we wind up being on the radio talking about run streaks or giving classes at the parish on Advent devotions. We don’t know the complete extend of God’s plan for our lives, and that’s okay. Sometimes His plan will look scary when it’s all laid out in front of us. But when we take things one step at at time (like Abraham, too!), we can watch it unfold before us and enjoy the ride.