Welcome to Small Success Thursday, hosted by CatholicMom.com! This is our opportunity to look at the little things that have gone right over the last week, and remember not to beat ourselves up for not accomplishing stuff like curing cancer or world peace. (I’d settle for peace in my family, thankyouverymuch!) 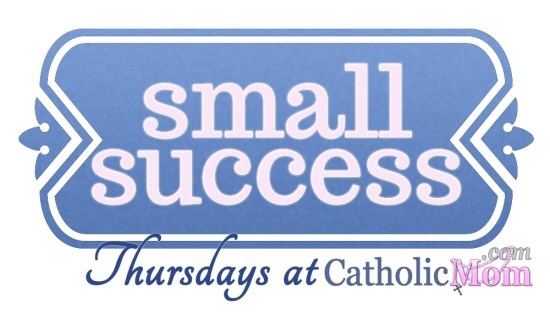 I didn’t participate last week because it was my WEEK OF EVERYTHING HAPPENING AT ONCE!

Remember two weeks ago, when I mentioned the crazy week we had ahead? Well, we made it through!!

One of the biggest concerns we had was that our car had died an untimely death (really, though, is there any other kind of death a car can die?), and we were facing a week of family visiting, children’s activities simultaneously in two different places, and one car. We kicked things into high gear and searched online to see what was available, did research on different cars we saw, downloaded Edmund’s and Kelly Blue Book, drove around when the lots were closed … and found a car that should suit us! I forgot to take a picture, but we found a 2006 Chrysler Pacifica with ALL THE GADGETS. We opted for a great warranty to cover ALL THE GADGETS and picked it up with just enough time to get our 15 year old to her soccer game on Monday. Here’s a picture of the car, in case you don’t remember it (Chrysler only manufactured it for 4 years):

That’s not the color, but it gives you an idea of what it looks like.

Long story, short: I’m grateful we found something nice, especially as quickly as we did.

So that’s how my week started! After we left with the car from the dealership, we took off and drove to the soccer game – State Quarterfinals – for our older daughter. Nathan’s brother and his wife came to the game, too, and we all watched our girls win a decisive game. The game was originally scheduled for Tuesday, but no refs were available then. (And it was a good thing, because Tuesday wound up being so rainy that we were under flood warnings for days!) All of our family arrived safely on Monday, and we spent Tuesday together, celebrating my parents’ 46th anniversary, my sister-in-law’s birthday-of-unmentioned-years, and the impending Confirmation!

I went the easy-to-work-with option of having lots of finger food and laid out a buffet for everyone. We used paper plates, paper napkins, and cleanup was practically non-existent. Low-stress! WOOT!

Wednesday began several days of constant eating out and running. But the biggest success of the week belongs to God, not me. My sweet 15 year old was finally Confirmed! The adults who ran the Confirmation class loved her, and constantly praised us for preparing her so well. We’re so proud of her. Only hitch was that I forgot tissues, and I am SUCH A CRIER! 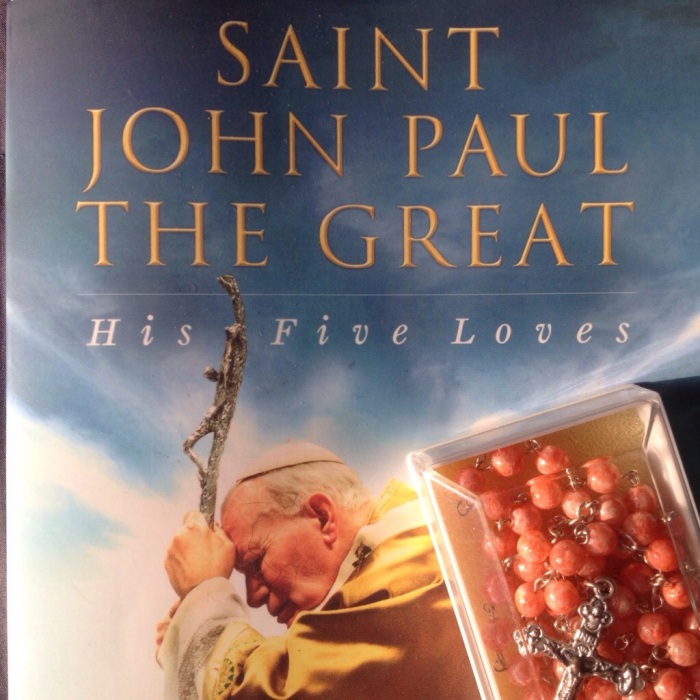 Quick story on her Confirmation name. For years, I asked her to consider a patron saint, telling her to choose someone she admires or who can help her with his/her patronage. I’d make suggestions, and she’d brush them aside until one day she said, “Saint Michael!” And I knew it was perfect. So her Confirmation name is Michael. Of course, our diocese doesn’t require kids to choose a patron saint (CRAZY!), so she was Confirmed with her Baptismal name, but Saint Michael is watching over her in a special way.

After Confirmation, there were still two soccer games and a dance recital. We all went to the game Friday, then on Saturday Nathan took our older daughter to the consolation game for States (they placed third in the state among Christian schools) while I took our younger daughter to her dance recital (attended by the visiting family). 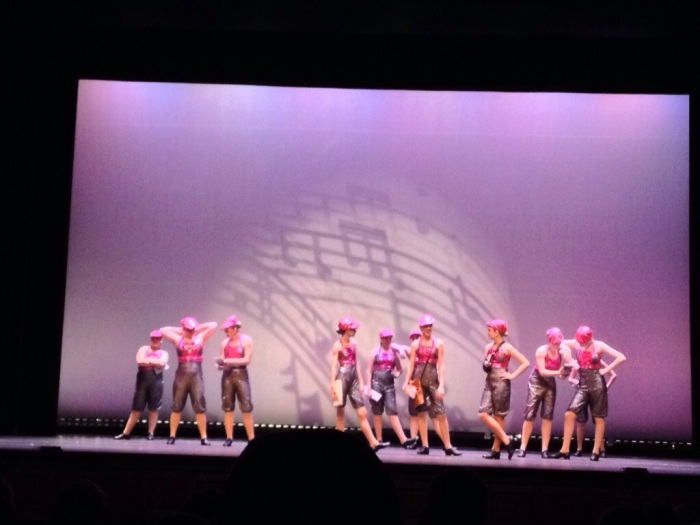 Oh, and I did nothing but CRY during my 12-year-old’s first Pointe dance at recital. NOTHING BUT CRY! And I forgot tissues again!

So…I’ve made it to the end of All the Activities, and now I have a few weeks before we get to start All the Summer Activities! We’ll be taking this time to get some serious work done in our homeschool, and take some time for poor Hobbit Mom to rest up a little bit. (I’ve already spent 2 days virtually holed up in the house, hardly leaving for anything.)

How about you? What can we celebrate that you’ve done this week? If you don’t blog, leave a comment below. If you do blog, write something up there! And be sure to