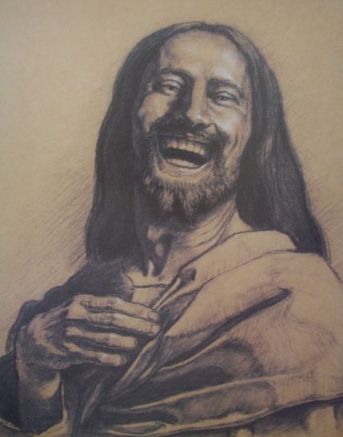 You’ll often hear people say, “If you want to make God laugh, tell Him your plans.”

Well, if that’s true, He is having a good ol’ time at our expense.

We had lots of plans this year.  We’d worked hard at paying off our debts using the Total Money Makeover, and near the beginning of this year, we finished with Baby Step 3: having 6 months of expenses tucked away in the bank in case of emergency.  We even had extra in there to fund some other things we’d planned on.  Next step for us was going to be socking away some money to trade my Jeep in next Spring.

Well, if you’re a regular reader, you know how that turned out.  (If you’re not, go on and read about my new minivan here.)  So we’d planned one thing, and God had decided we needed a change of plans.

We also had been looking at various appliances we own, most of which were at least as old as our younger daughter, and thinking that something might need to be replaced soon.  But we figured, hey, ten years isn’t that old for a fridge!  Right?

Think again.  The weekend we’d planned (see that word again?) to go to the Immaculate Heart of Mary Homeschool Conference and buy some of our homeschool materials (plus hear some rockin’ speakers!), the fridge decided that ten years was plenty.  As a matter of fact, we were supposed to leave Thursday afternoon to drive to Northern Virginia to stay with friends during the conference.  Thursday morning, Big Girl reached into our freezer and said, “Uh, Mom?  My waffles are a little squishy and the freezer’s not that cold…”  Hoping for the best, we made sure the freezer got shut tight and checked back later to see if it was better.  It was not.

So, at a time I was supposed to be packing to leave for a trip, I was shopping for fridges.  And delivery was scheduled for Saturday, smack in the middle of the conference, so we cancelled our weekend plans.

And did I mention that we wrote the check from that dwindling emergency fund?

And that we had planned to actually use what I spent on the fridge getting a dishwasher wired into the kitchen, replacing the lower cabinets and countertops, and gaining a bunch of storage space?  We still have the dishwasher in the garage, waiting for us to do something with it.  (Maybe Goodwill wants it.)

It feels good to know I’m not making payments on the car or the fridge, and the only reason I was freaking out was, not because I didn’t know where I was going to come up with the money, but because I was annoyed that I couldn’t spend the money on what I had planned to spend it on.

Really, that we had all that money was a blessing, and I know God has a good lesson for me here.

I’m thinking that, what with not spending money on an iPad 2 for my husband and an iPhone 4 for me (I wound up with the 3GS for $50 instead), and spending the money on a car and fridge, both of which we need, God is trying to help me detach myself from frivolous things I don’t actually need.  Really, the 3GS works great and meets my needs.  And we’ve survived without the iPad, though we still ponder how cool it would be if there was one in the house.  And as much as I wanted a new dishwasher, it’s actually a luxury, not a necessity.  So perhaps I was started to get a wee bit too attached to things, wishing for stuff that just wasn’t needed.

But, you see, God’s not done chuckling at us yet!

Last Summer, we started planning to have my parents come from Orlando to our home in SW Virginia for a visit.  We’d planned for them to come the week of our younger daughter’s birthday (which would, conveniently, include July 4).  We were set to pay for expenses for them to travel here, and we’d planned a mostly-quiet week for a family visit.

In February, my grandmother’s Alzheimer’s had gotten bad enough that she needed to move in with my parents, and we adjusted the plans to include her traveling with my parents.  We even looked into flights to get her from there to here so she wouldn’t have to sit in the car for so long.

But a little more than 2 weeks ago, she slipped and fell, wrenching her back.  And the plans for them to travel here, even sending Nana on a plane, faded.  Part of the problem has been that she doesn’t quite remember that she fell, never remembers that she was supposed to be on bedrest for 3-4 days, and every time she feels a tiny bit good, she hops up to do housework (or make her bed!!) and re-injures herself.  And so she’s not in any shape to travel at all.

Immediately, my guardian angel started to talk to me about traveling to Florida that week, instead.  I did try to ignore him (have you BEEN to Orlando in July?), but I realized that this was the only way this visit would happen.  Because of my husband’s obligations with work and the Knights of Columbus, it’s going to wind up being just the girls and I.  We’ll be leaving Saturday, July 2, and coming home the following Saturday.  The travel expenses might not even be as bad as it would have been to get my family here, we’ll be staying with Mom and Dad, and we’ll still get to visit with our family.  In fact, we’ll see more family than we normally would have.

But in all, I’ve come to realize that, as much planning as we’ve done this year (and I’m a planner!), not much of it has come off as expected.

This is making me a little nervous.  You see, when we were working to pay off our debt, we promised the girls that we’d plan a trip to Disney World when we were finished paying down the debt.  And so, when we finished our emergency fund in February, we made reservations to go to Disney for 2 weeks in November.  The accommodations are with our timeshare, and we haven’t bought tickets yet for anything.  And now I’m feeling worried.  What if God isn’t finished rearranging our plans!?

I’ve resorted to begging Him, pleading with Him, to let us take the girls to Florida in November.  It’s been a plan for more than a year to go.  And they’ll be so disappointed if it winds up being cancelled.

So, if you don’t mind, occasionally, during your prayers, would you whisper in God’s ear to please let us have one plan this year that doesn’t completely get flipped around?  Just one!

2 thoughts on “Giving God the Giggles”